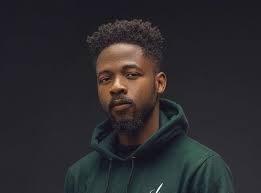 Fast rising Nigerian artist, Portable has shared his reaction after Johnny Drille revealed nobody recognized him on the streets of Lagos, Oyogist reports.

Recall that JD carried out a social experiment wearing a nose mask to see if people would recognize him on the streets of Lagos.

However, Johnny Drille came back on twitter to reveal he is heartbroken because no one recognised who he was.

Johnny Drille said it was disappointing that no one fainted when they saw him and revealed that he would be switching music genre and also meet portable for some street fame.

Reacting to the video making rounds on the internet, Portable told Johnny he could relate to his story.

According to Portable, the same happened to him when he was still in Abuja.

Portable recounted how he hustled for 10 years with nobody knowing him, until he sang Zazoo and his life changed.

He informed Johnny Drille not to give up on the street fame and expressed readiness to help him make street songs if he wants to.