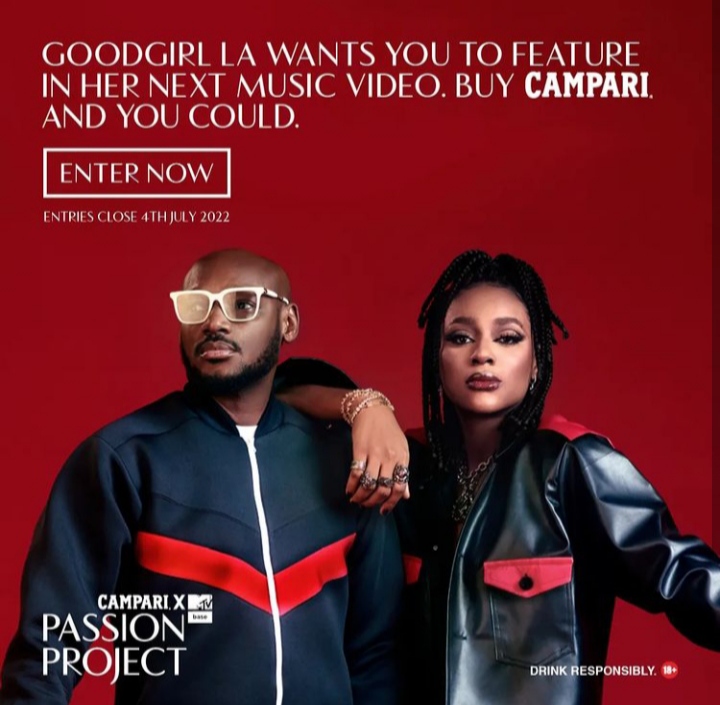 Popular Nigerian singer, 2 Face Idibia aka (2 Baba) has announced commencement of his debut passion project in collaboration with MTV Base, Oyogist reports.

The singer announced few minutes ago that the project seeks to find creative minds which would feature in Good girl LA music video.

The video which is coming up soon, would feature beautiful and talented Nigerians to partake in it.

In order to participate, those interested were asked to post a pic while holding a campari drink, tagging @camparinigreria and passionproject.

Campari over the past few years has dedicating itself to playing a meaningful role in investing in, supporting and promoting a new wave of African creative talent.

Actress, Bimbo Afolayan And Her Husband Welcome Baby Girl In The USA