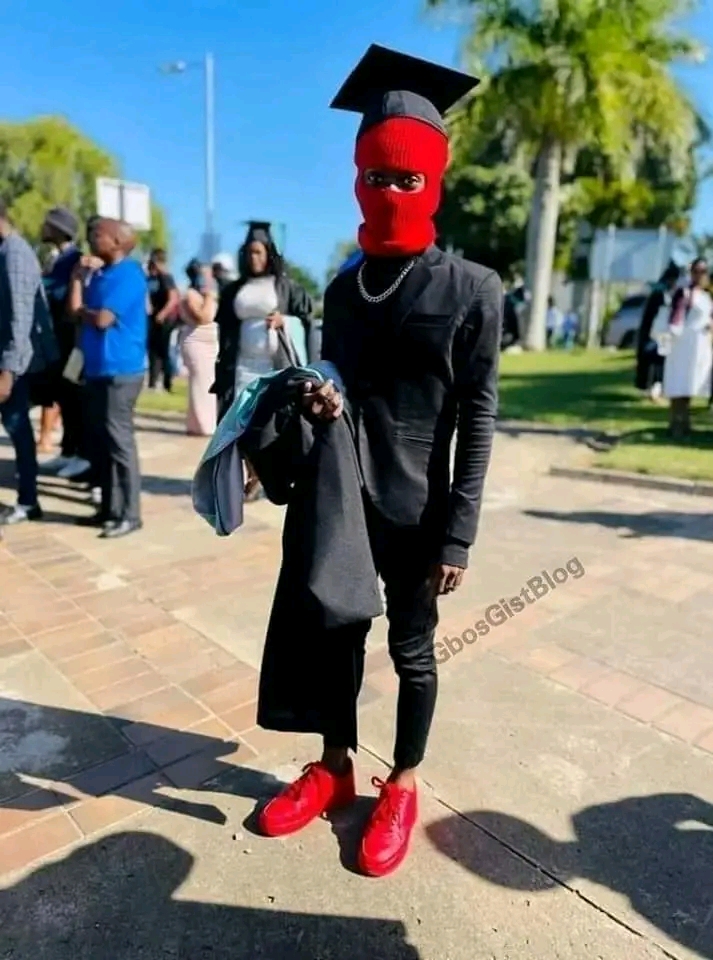 A young man has done what many described as hilarious, after he wore a head mask to his school’s convocation ceremony, Oyogist reports.

According to the man who refused to disclose his identity, he hid his face in order to prevent witchcraft and spiritual attacks from coming his way.

Speaking further, he disclosed that young people are now being targeted by agents of darkness, when they’re about to hit stardom.

However, to ensure that he isn’t targeted, he had no other option than to secure his identity by wearing a face Shield to the occasion.

Although the new graduate was asked to pull off the mask for identification purposes, he blatantly refused over fears of witchcraft attack.

2023: Mr Macaroni Reveals Why He Will Never Support Ruling Political Parties in Nigeria