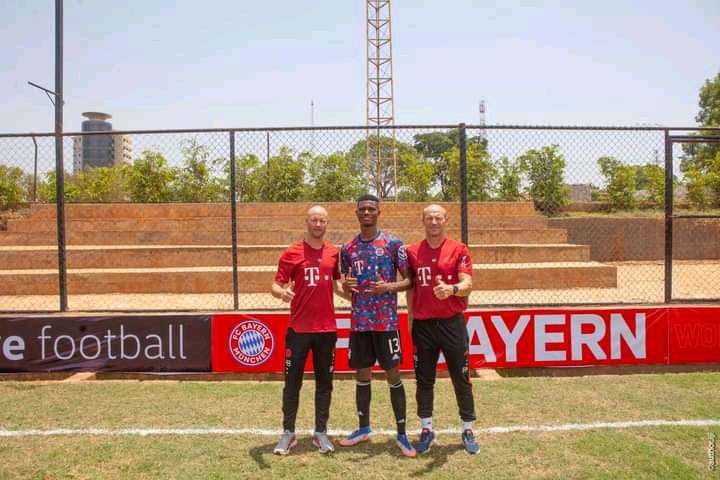 A Bayern Munich Youth Coach recently narrated how Nigerian youngster, Treasure Odunze was selected out of thousands of skilled players during a training session in Awka, Anambra state, Oyogist reports.

FC Bayern Munich had organized a training camp in Awka , Nigeria where their international coaches screened talented players and Treasure Odunze impressed the coaches hence his addition to the #FcBayernWorldSquad.

According to the Youth Coach, Treasure Odunze was selected alongside eight others due to his resilence in the football pitch.

The Nigerian Youngster could go on to star for Germany’s most successful club and open a path for many other African Youngsters.

Nigerian Lady Shares Her Encounter With An ‘Audacious’ Married Man

Nigerian Lady Goes Viral After Proposing To Her Man In Public, What Happened Next Will Shock You