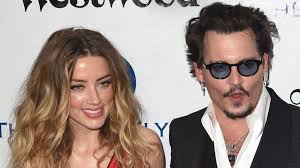 Years after losing his case against the publishers of The Sun in the UK in 2020, Johnny Depp is now suing his ex-wife Amber Heard in a second libel case.

Oyogist gathered that the six-week trial is set to begin this anytime from today.

Depp is suing his ex-wife, Amber Heard over a column she wrote in the Washington Post in December 2018.

While the actress did not mention him by name in the article, she described herself as a “public figure representing domestic abuse”.

The $50m (£38.2m) defamation lawsuit was launched by Depp against Heard in 2019, arguing that her article falsely implies she was a victim of abuse during their relationship.

Heard has argued for the case to be thrown out of court and has also filed a counterclaim for defamation against Depp, accusing him of a smear campaign.