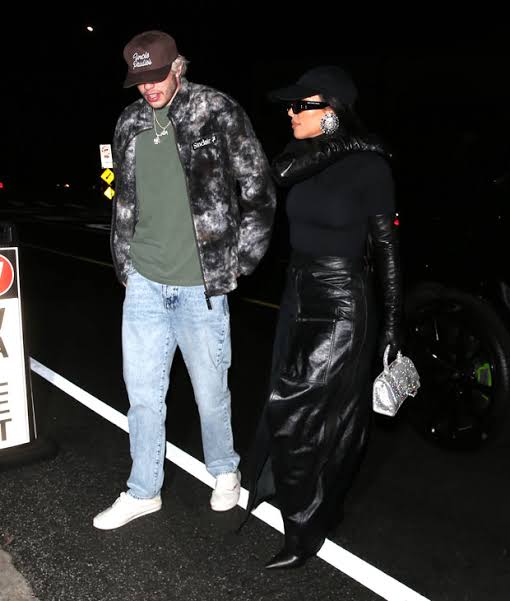 Reality show star and mother of four, Kim Kardashian has disclosed that she has found “peace” with comedian Pete Davidson.

The reality star who recently divorced from Kanye West gushed over her relationship with the “Saturday Night Live” comedian during her sit-down interview with Robin Roberts, which airs on Wednesday night.

In a preview of the interview which was released on Tuesday April 5, the mother of four says she feels “at peace” amid her romance.

“How serious is it?” Roberts asks.

“I am a relationship kind of girl, for sure, and I wouldn’t be with someone if I didn’t plan on spending a lot of my time with them,” Kardashian tells Roberts.

“Obviously, I want to take my time, but I’m very happy and very content. And, it’s such a good feeling just to be at peace.”

Also during the interview, Roberts asked momager Kris Jenner about her thoughts on Davidson dating her daughter.

“He’s a really nice guy.” Khloé Kardashian adds, “He just makes her laugh and she laughs all the time.”

, 28, and Kardashian, 41, were first romantically linked last October after they were spotted holding hands on a rollercoaster at Knott’s Scary Farm in Buena Park, California.

They also shared an onscreen kiss earlier that month on SNL when she made her hosting debut. In February, Davidson called Kardashian his “girlfriend” for the first time in an interview with PEOPLE (The TV Show!) host Kay Adams. The Keeping Up with the Kardashians alum finally made their relationship Instagram official last month, shortly after being declared legally single.

Kardashian filed for divorce from ex-husband Kanye West in February 2021. The exes got married in May 2014 and they share daughters North, 8½, and Chicago, 4, and sons Saint, 6, and Psalm, 2½.