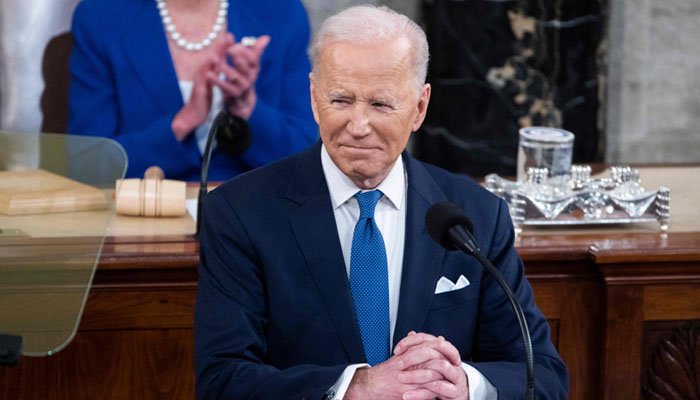 America’s President, Joe Biden has vowed that Russia’s Vladimir Putin will pay over the long run even if he makes gains on the battlefield in Ukraine.

“While he may make gains on the battlefield – he will pay a continuing high price over the long run,” Biden said.

Joe Biden Also led a standing ovation for those currently stranded in Ukraine alongside it’s citizens.

“Let each of us if you’re able to stand, stand and send an unmistakable signal to Ukraine and to the world,” Biden said.

The U.S. government had also announced a ban on Russian flights from American airspace following similar moves by the European Union and Canada after Russia’s invasion of neighboring Ukraine.

‘I am announcing that we will join our allies in closing off American airspace to all Russian flights, further isolating Russia and adding an additional squeeze on their economy,” Biden said in his State of the Union address.

In a deviation from his prepared remarks, Biden said of Putin: “He has no idea what’s coming.”