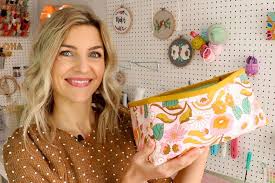 Oyogist has learned that a famous YouTuber, Melanie Ham has died from cancer days before her 16th wedding anniversary, her husband Robert has announced.

The 36-year-old mother-of-two, from Los Angeles, gained over 811,000 followers on YouTube for her sewing, crochet and DIY tutorials, with some of her videos reaching over 5 million views.

In 2019 she revealed doctors had found a mass in her kidney, and she went on to be diagnosed with a type of sarcoma called epithelioid angiomyolipoma.

Announcing the news of her death earlier this month to her Instagram followers, Robert said: ‘It is with a heavy heart and deep sadness I share the news of the passing of my sweet, amazing, beautiful wife Melanie.

“If you’ve been following our journey I’m sure you were, like us, hopeful she could defeat this insidious disease.

‘Over the past few months things have been progressively getting worse and we’re thankful that we made it to this point through the holidays and tried to make every moment count. he said.