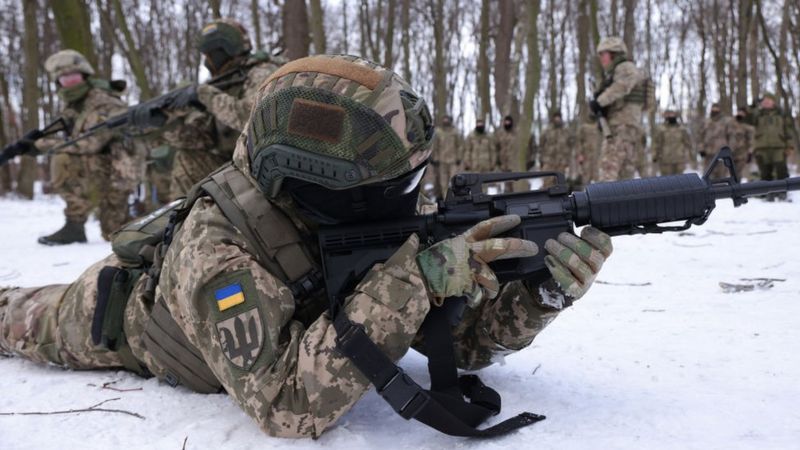 Oyogist has learned that UK Prime Minister Boris Johnson has warned Russia that invading Ukraine would be “disastrous” and a “painful, violent and bloody business”.

Boris disclosed this while speaking at the Foreign Office.

The PM further Disclosed that the situation is “pretty gloomy” but war was not inevitable.

He said the UK was “leading on creating a package of economic sanctions” against Russia.

Defensive weaponry is being supplied to Ukraine, Mr Johnson said.

He added that the UK stood “four-square with the people of Ukraine”.

Although Russia has denied plans for military action, tens of thousands of troops have amassed on the border.

Mr Johnson said: “The intelligence is very clear that there are 60 Russian battle groups on the borders of Ukraine, the plan for a lightning war that could take out Kyiv is one that everybody can see.

“We need to make it very clear to the Kremlin, to Russia, that that would be a disastrous step.”