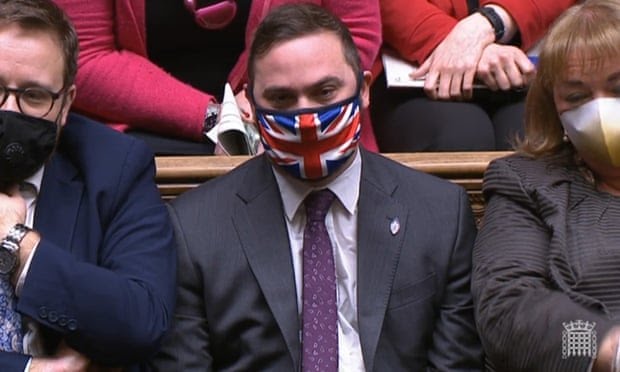 Oyogist has learned that a member of the UK parliament, Christian Wakeford announced his defection to Labour, over prime minister, Boris Johnson conduct.

This comes as a handful of executives within Boris party Deepened call for the prime minister to resign.

Just minutes before prime minister’s questions, Wakeford – elected as the MP for Bury South in 2019 – crossed the floor to sit with Keir Starmer’s party, declaring in a letter to Johnson resigning the Conservative whip that he was “incapable of offering the leadership and government this country deserves”.

In a letter to Johnson released on Wednesday afternoon, Wakeford said he believed “the policies of the Conservative government that you lead are doing nothing to help the people of my constituency and indeed are only making the struggles they face on a daily basis worse”.

Wakefield also raised concerns about the “cost of living crisis” and how the country should emerge from the Covid pandemic, Wakeford said the UK needed “a government that upholds the highest standards of integrity and probity in public life”.

He added: “Sadly, both you and the Conservative party as a whole have shown themselves incapable of offering the leadership and government this country deserves.”Wakeford said he was in “no doubt” his constituents would be best served “by my joining a party that genuinely has their interests at heart”, and admitted he had “wrestled with my conscience for many months”.