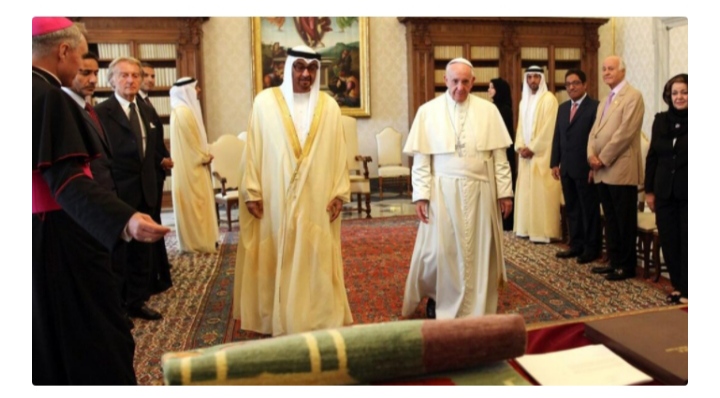 Oyogist has learned that a carpet given to Pope Francis has been sold as an NFT (non Fungible token) for a whopping $80k, approximately N33,143,200 at present Exchange rate.

A few days ago, Afghan women made a Pontifex carpet for 25 ETH ($81,886), and the proceeds will help vulnerable families in Afghanistan.

At the same time, those who win the carpet NFT will get a replica of the actual carpet.

The report states that the carpet, about 5 square meters in size, was initially presented to the Vatican by Sheikh Mohamed bin Zayed Al Nahyan, Crown Prince of Abu Dhabi and Deputy Supreme Commander of the UAE Armed Forces, during their visit to the Vatican in September 2016.