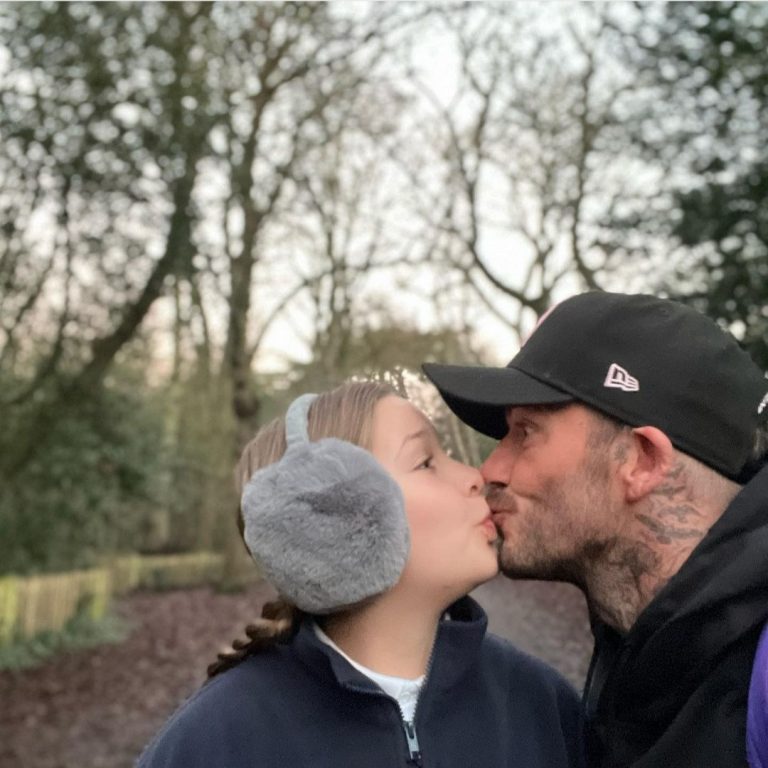 Oyogist has learned that football star, David Beckham has stirred reactions online after he uploaded another photo of him kissing his 10-year-old daughter on the mouth.

The father-of-four regularly shares photos of him kissing his only daughter, Harper Seven, and this has led to criticisms in the past.

The latest sees him kissing his daughter during school run.

He wrote: “Daddy & Princess Leia had a lovely walk this morning #HarperSeven”