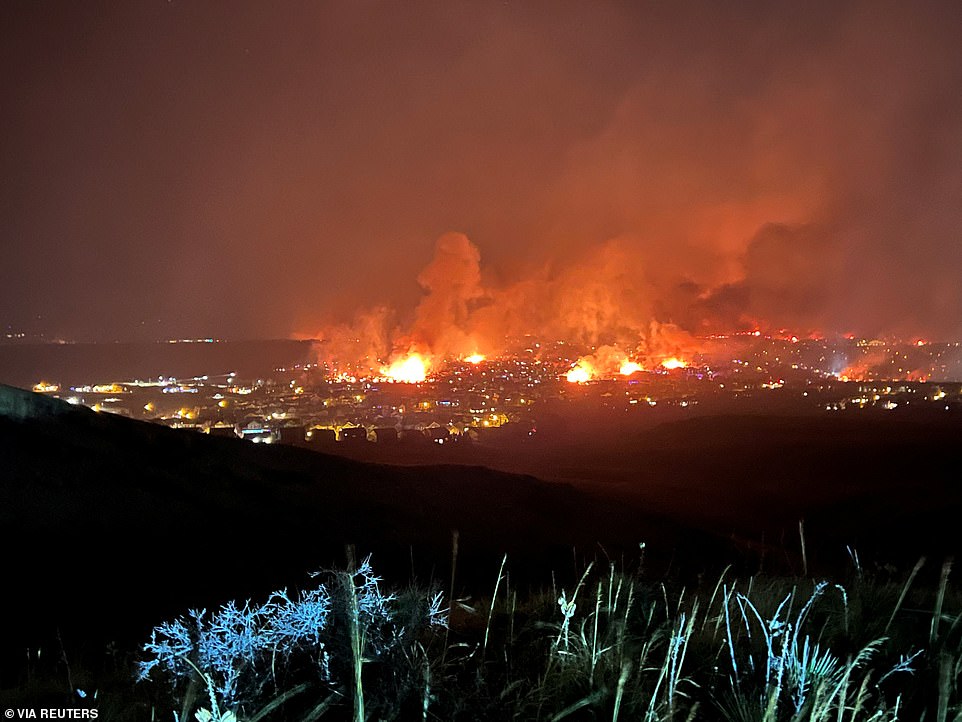 Severe Life threatening’ wildfires engulfed at least 600 homes, a shopping mall and a hotel to the ground in Boulder hear southern California.

The government had earlier declared a state of emergency after a ‘historic’ December blaze.

Nearly 30,000 residents were forced to evacuate their houses following the event.

Joe Pelle, the sheriff, said approximately 370 homes have been lost in the Sagamore subdivision, just west of Superior, and 210 in Old Town Superior, in addition to the Target store and Element hotel.

Residents of Superior, home to 12,500, and Louisville, population 21,000, have been evacuated as the fires continue, with the Marshall Fire threatening the town and affecting an estimated 1,600 acres.

Crossover night: CAN directs churches to operate at 50% capacity