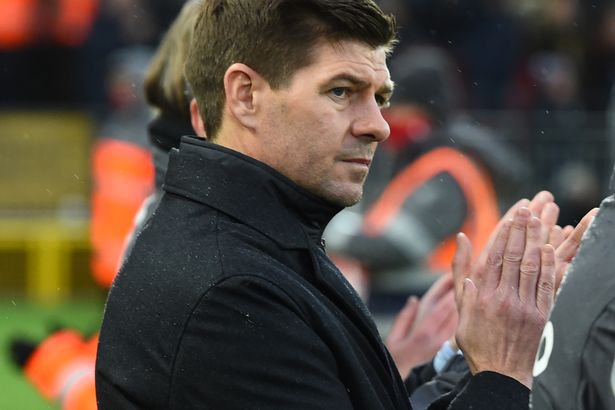 Aston Villa manager Steven Gerrard had the perfect response when asked by Michael Owen what it was like returning to Anfield as a former Liverpool player.

The Reds legend, 41, who was appointed as Aston Villa’s coach led the club in what was his fifth game as manager of the Midlands club.

Villa gave a good account of themselves and kept their hosts at bay until the 67th minute, when Mohamed Salah converted a penalty he won moments earlier.

Gerrard was pleased with his team’s performance despite falling to a 1-0 defeat, and he received a warm reception from the adoring home fans throughout the Premier League fixture.

It was a moving occasion for the former Liverpool captain, who left the club in 2015 after 26 years on their books.