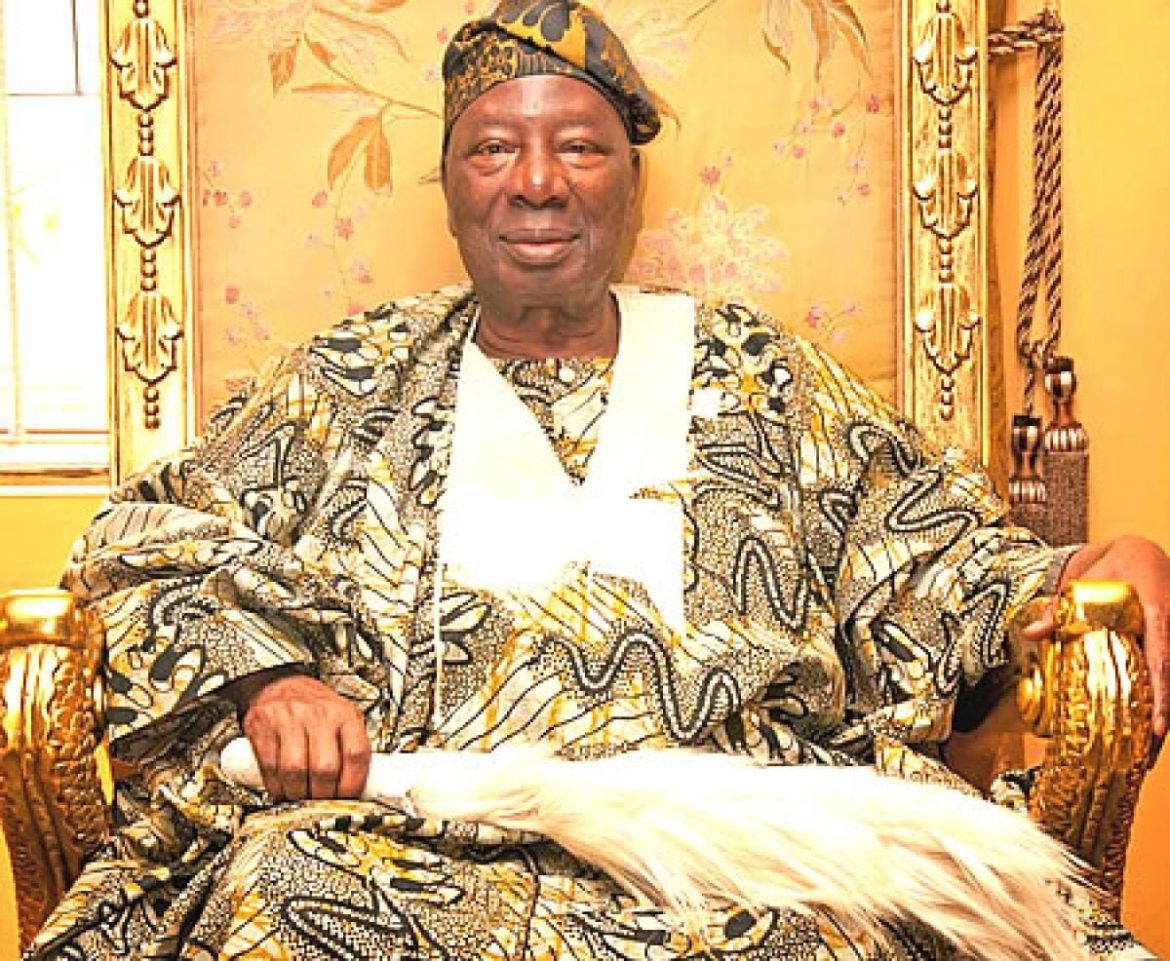 According to report reaching oyogist.com, the Soun of Ogbomoso, Oba Oladunni Oyewumi, Ajagungbade III, is dead.

Sources close to the monarch at the palace told our correspondent that the 95-year-old traditional ruler died on Sunday morning(today).

This was corroborated by two other highly placed sources in the town.

He said, “It is true that Baba has passed on. It happened this morning but it has not been announced officially.

“He lived a good life and left many good legacies. The palace will soon announce it.”

He was born on May 27, 1926, in Ogbomoso to Oba Bello Afolabi Oyewumi Ajagungbade II and Olori Seliat Olatundun Oyewumi