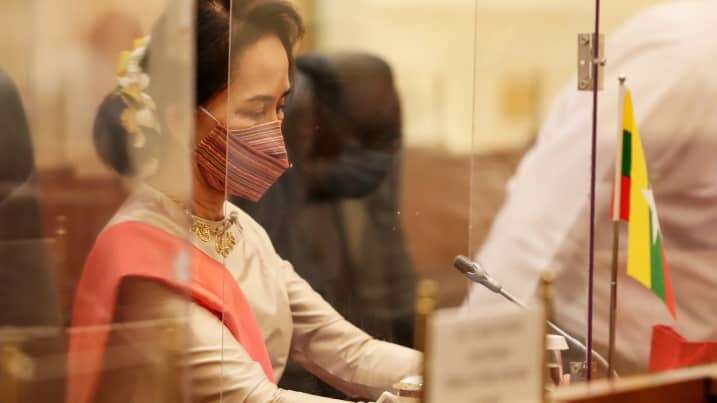 Oyogist has learned that a special court in Myanmar’s capital sentenced the country’s ousted leader, Aung San Suu Kyi, to four years in prison on Monday after finding her guilty of incitement and violating coronavirus restrictions, a legal official said.

The sentencing was the first in a series of cases in which the 76-year-old Nobel laureate is being prosecuted since the army seized power on Feb. 1, preventing her National League for Democracy party from starting a second five-year term in office.

The verdict in another case against her is expected next week.