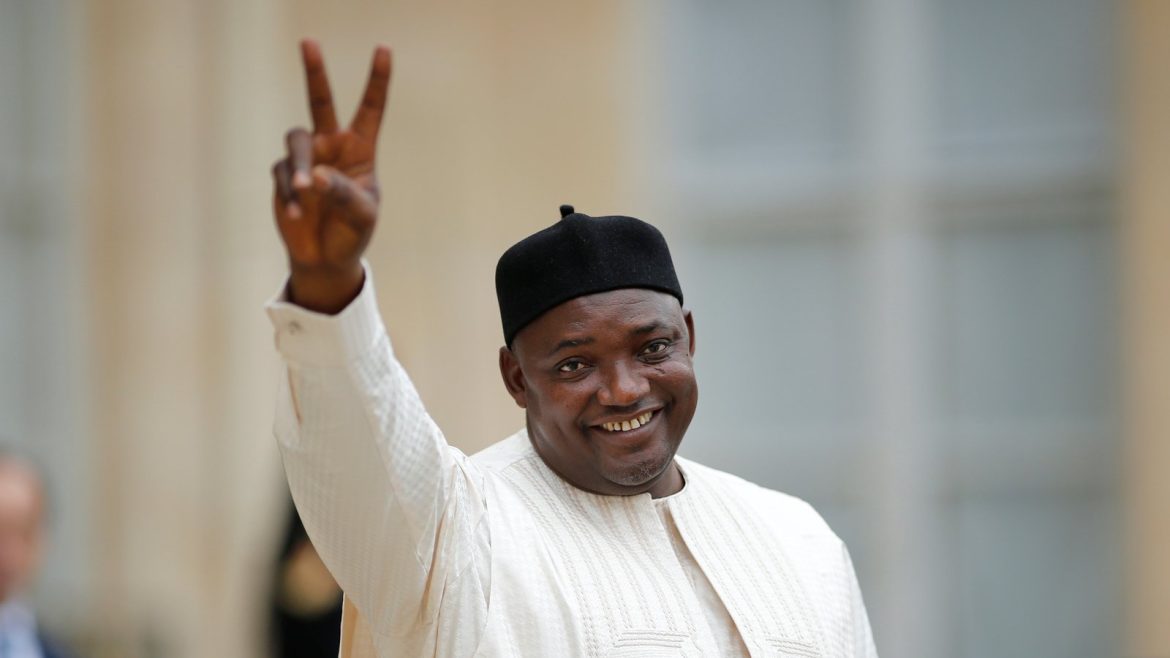 According to report reaching oyogist.com, Adama Barrow comfortably won a second term in The Gambia’s presidential election, with thousands of his supporters celebrating in the streets of Banjul, although his opponents disputed the results announced late Sunday.

Barrow, whose assumption of the presidency five years ago ended more than 20 years of dictatorship, garnered more than 53 percent of the vote, according to results released by the electoral commission. His main challenger Ousainou Darboe won 27.7 percent.

Saturday’s election, the first since former dictator Yahya Jammeh fled into exile, is seen as crucial for the young West African democracy.

Crowds of Barrow’s supporters marched through the streets of the capital to a din of horns and danced on a vast esplanade.

Barrow received a standing ovation when he addressed them with “a great sense of joy and humility” and called on his supporters to respect those who voted for his opponents in a “free, fair and transparent election”.

“I will do all I can and utilize every resource at my disposal to make The Gambia a better place for us all,” he said.

Before the full results were announced, three of Barrow’s rivals had rejected partial results that gave him an early lead.

“At this stage, we reject the results announced so far”, Darboe and two other candidates said in a joint statement. “All actions are on table.”

Gambians flocked to the polling booths Saturday to choose who would lead their country — the smallest in mainland Africa — for the next five years, with turnout at 87 percent, according to official results.