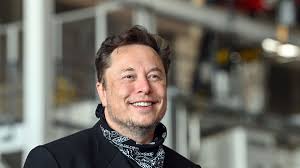 Tesla CEO, ELON MUSK has confirmed that the first Tesla Cybertruck would debut as a four motor variant, Oyogist reports.

The cyber truck has been scheduled to come off the assembly line in 2022.

Elon Musk, the company’s CEO, stated on Twitter that the model will provide “independent, ultra-fast response torque control of each wheel.” Rivian’s R1T is one of the EVs that has a motor on each wheel.

The Cybertruck will come with both front and rear-wheel steer, according to Musk.

The Billionaire CEO previously stated that the electric vehicle would have rear-wheel steering, allowing it to drive diagonally, “like a crab.” Interested buyers were instructed on Tesla’s website to put down a $100 refundable deposit and customise their order closer to when Tesla begins production, which is expected to begin next year.