All You Need To Know About Omicron Covid-19 variant 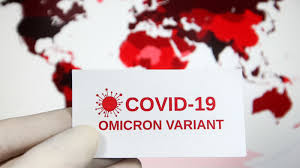 Health Experts, including the WHO (World Health Organisation) have warned that the Omicron Covid-19 variant could circulate for longer — and more widely — than thought.

The first case of the omicron variant, or B.1.1.529 as it’s formally known, was reported to the WHO from South Africa on Nov. 24.

Although there are now increasing signs that the variant was in circulation in other countries before South Africa’s announced its presence.

Since then other countries including the U.S. has confirmed its first case of omicron.

It was detected in a fully vaccinated person in California, the Centers for Disease Control and Prevention.

Other countries that have identified the variant the U.K., France, Israel, Belgium, the Netherlands, Germany, Italy, Sweden, Denmark, Australia, Canada, Hong Kong and a number of countries in southern Africa.

At a press briefing held by WHO’s Africa office, the UN agency’s regional experts told reporters that the origin of the omicron variant was yet to be ascertained, despite claims that the Variant originated from South Africa.

“Our surveillance system in the global world is not perfect yet,” Dr Abdou Salam Gueye, regional emergency director in WHO’s Africa office, said during the press briefing.

“When we detect a variant or virus … usually we’re going to detect it weeks after it started its evolution. The only thing we are sure about, when a country detects a virus, is that that country’s surveillance system is good. That’s what happened in southern Africa, so this discourages the travel ban even more because … it is like a measure against a good surveillance system.