Pope Francis Accepts Archbishop Of Paris Resignation, After Reports of him Having ‘Intimate Relationship’ With Woman Surfaced Online 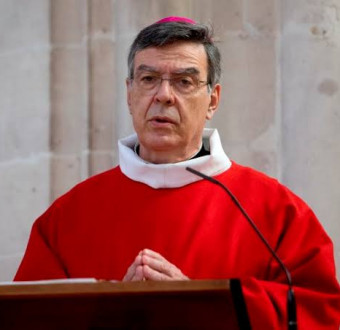 Oyogist has learned that Catholic church leader, Pope Francis has approved the resignation of Michel Aupetit, a former Paris Archbishop, after reports of him having a consensual “intimate relationship” with a woman surfaced online.

The move was announced in a statement from the Vatican after a popular French magazine broke the news of the relationship on November 22.

Aupetit also released a statement to confirm the decision after the Vatican made it’s announcement.

“I was, of course, greatly disturbed by the attacks I was subjected to,” reads the statement.

“I ask forgiveness of those whom I might have hurt and I assure you all of my deep friendship and my prayer, which will always be yours.” he said further.