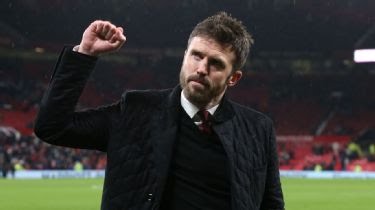 Shortly after the club’s 3-2 win over Arsenal, United released a statement to reveal Carrick has decided to step down from his role as first-team coach and will leave the club with immediate effect.

Ralf Rangnick,will take over as manager till the end of the season.

“My time at this great club will always rank as the best years of my career,” said Carrick.

“When I first signed over 15 years ago, I never in my wildest dreams could have imagined winning so many trophies and I will certainly never forget the fantastic memories both as a player and as a member of the coaching team, he said further.

Pope Francis Accepts Archbishop Of Paris Resignation, After Reports of him Having ‘Intimate Relationship’ With Woman Surfaced Online