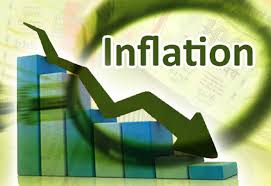 The consumer price index (CPI), which measures the rate of change in prices of goods and services, declined for the seventh consecutive time to 15.99 percent in October 2021, Oyogist.com reports.

The National Bureau of Statistics (NBS) announced this in its monthly CPI report released on Monday.

According to the bureau, increases were recorded in all classifications of individual consumption according to purpose (COICOP) divisions that yielded the headline index.

Since March 2021, Nigeria’s inflation rate has been declining monthly as the Central Bank of Nigeria (CBN) projected it may drop to 13 percent this year and a single-digit rate by 2022.

The report pegged the 12-month year-on-year average percentage change for the urban index to be 17.53 percent in October 2021.

NBS said the rise in the food index was caused by increases in prices of food products, such as coffee, tea and cocoa, milk, cheese and eggs, bread and cereals, vegetables and potatoes, yam and other tubers.