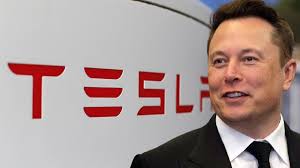 Oyogist has learned that Tesla CEO Elon Musk has sold a part of his stake in his company after his much-publicized Twitter poll and has also agreed to pay millions of dollars to satisfy tax obligations related to exercising stock options.

Musk sold off about $1.1 billion worth of Tesla shares as he exercised stock options valued at roughly $2.5 billion, according to a circular released by the company.

The electric car maker’s stock rose 2 percent after the news triggered off, as it kicked off a multiday sell-off that had endangered the company’s position in the $1 trillion club.

Musk on Saturday had polled Twitter users about selling 10 percent of his stake to cover President Joe Biden’s proposed tax on unrealized gains, setting off worries that such a sale could hurt Tesla’s share price.

while many urged the Billionaire to sell his stake, others advised musk to withdraw from the proposed tax initiative.