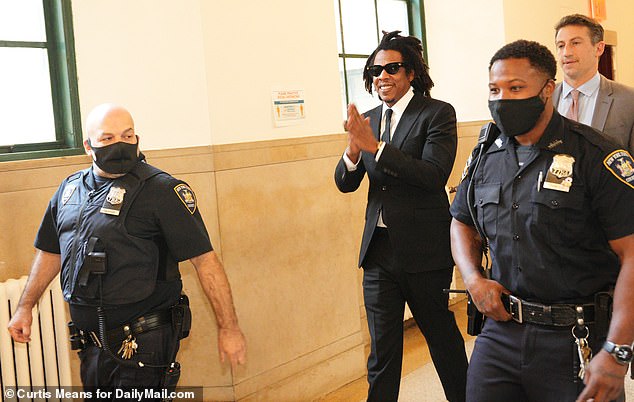 Oyogist has learned that Popular American Rapper, Jay Z has been liberated from a whopping 68 Million dollar lawsuit which was filed by a perfume company, Parlux.

Parlux had filed the breach of contract suit in 2016 after accusing Jay-Z – whose real name is Shawn Carter – and his company S. Carter Enterprises of failing to promote his fragrance Gold Jay Z.

Following a three-week trial and two hours of deliberation, jurors found him not liable for the hefty claim.

‘You’re excused,’ he told the jury.

Shortly after the court hearing, a reporter jokingly asked jay Z, “Do you have 98 problems now?’ in reference to his song ’99 Problems’.