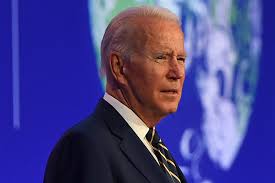 Oyogist has learned that several US Republicans on Tuesday kicked against president Biden’s plan to reduce methane emissions in the US.

Biden had disclosed this at the COP 26 summit which had in attendance several dignities including Hollywood star, Leonardo DiCaprio.

Republicans had slammed Biden’s proposals saying they would hurt ordinary Americans at a time when fuel prices were already high.

‘The White House’s plan is a recipe for disaster,’ said Sen John Barrasso.

The American Exploration and Production Council also disclosed that the new rules and a proposed methane tax would be a ‘punitive burden’ on Americans as It comes at a time when the U.S. is facing a winter energy crisis and gas prices are at their highest in seven years .