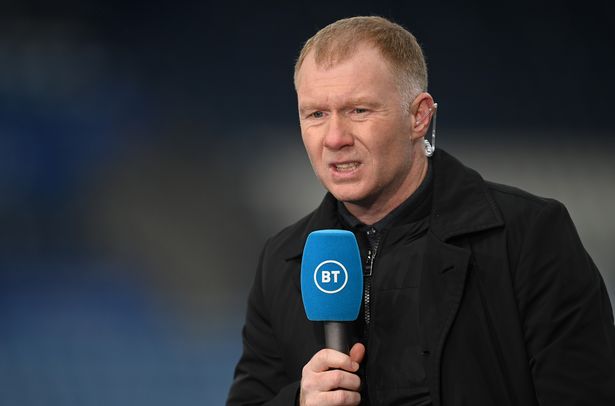 Oyogist has learned that Ex. Manchester United midfielder, Paul Scholes was caught on camera enjoying a lap dance from a unidentified blonde lady during a night out earlier in October.

The 46-year-old, had divorced his wife, Claire last year and was sitting down in the bar when a mystery blonde woman approached him and started dancing.

“He was sitting down and she started dancing in front of him,” a source disclosed.

“He couldn’t help himself and ran his hands all over the place as she gyrated.

“The girl wasn’t a professional lap dancer, she was drinking there and having fun.

Scholes over the recent weeks have been in the headlines for reasons away from football recently.

A video emerged online which appeared to show him chewing on his daughter Alicia’s toenails .

Posting My N*ked Video Online Was The Worse Day Of My Life – BBNaija Star, Cross Opens Up