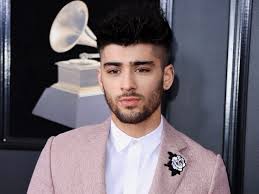 Oyogist has learned that Popular singer, Zayn Malik has cleared the air regarding his alleged alteration with partner, Yolanda Hadid.

Zayn had initially filed a “no contest” plea to four counts of harassment after an argument between him and model Gigi Hadid’s mum, Yolanda Hadid.

The singer said rather than pleading guilty, he “agrees to not contest” the charges.

Zayn and Gigi began dating in 2015, and their daughter Khai was born last

The singer has been placed on 90 days probation for each count for a total of 360 days.

He would complete an anger management class and a domestic violence programme, as well as having no contact with Yolanda.