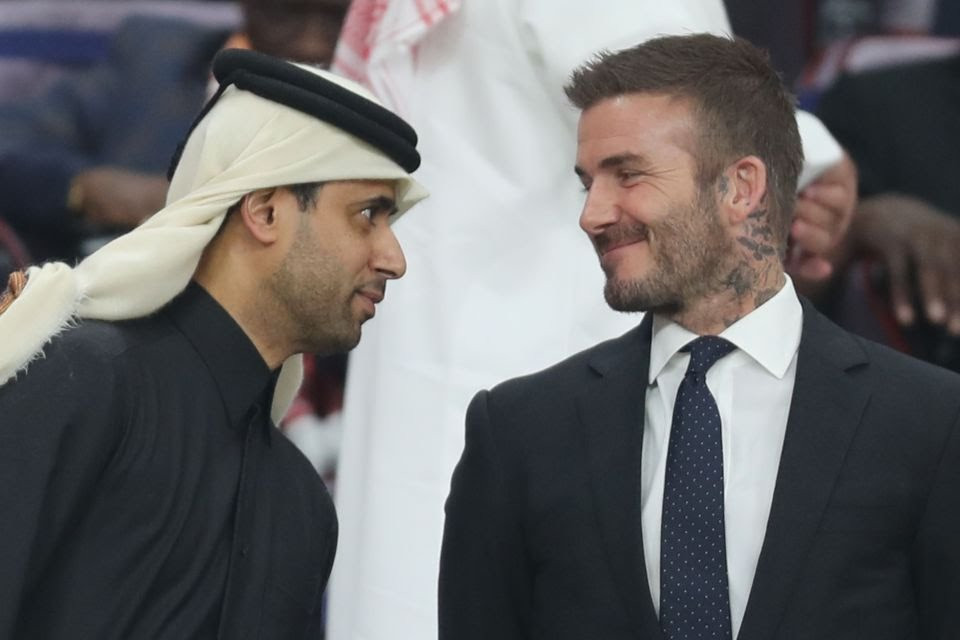 Oyogist has learned that Ex.Man United/Real Madrid star, David Beckham has been offered a whopping £150million deal to be the face of the Qatar World Cup next month in a deal worth.

the deal will last for a decade.

A source speaking to reporters said: “David believes in Qatar’s commitment to progress and that the World Cup — the first to be held in the Arab world — can effect significant positive change.

“He strongly believes in the power of football to bridge differences but, crucially, has seen the progress on issues that matter.”

Also, A spokeswoman for David Beckham said: “David has always talked about the power of football as a force for good on many levels.

“As we reach the one year to go point he will join the wider football community that is coming together for the World Cup 2022 and he’s looking forward to what he thinks will be a great tournament.”