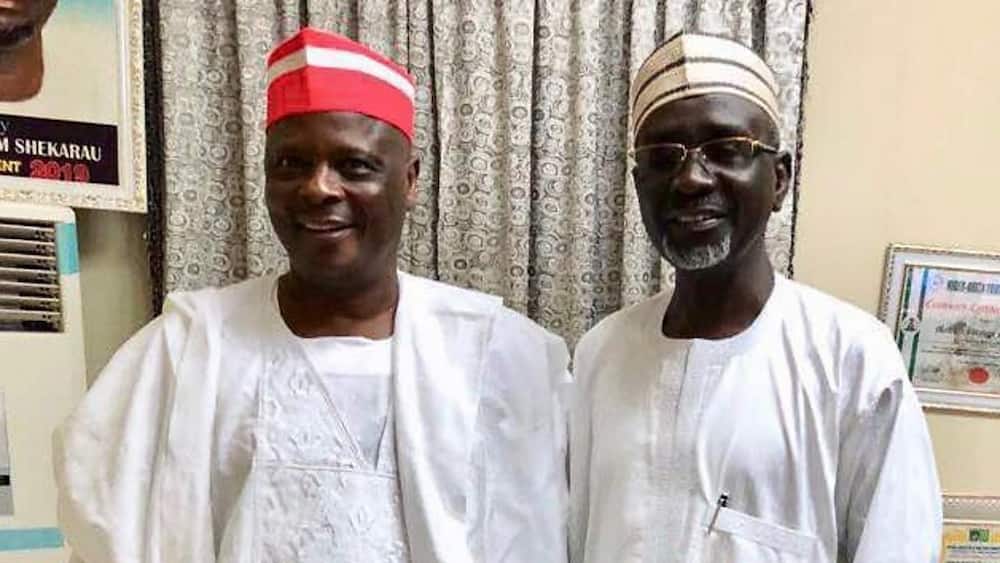 Oyogist has learned that the ongoing battle which seeks to appoint a new leadership of the All Progressives Congress (APC) in Kano has intensified between Ganduje and Shekarau.

Shekarau, who is the senator representing Kano Central at the red chamber, has been in a political battle with Ganduje over the recent congress in the state.

Also, Kwankwaso, a former governor of the state and chieftain of the PDP, said he would work with Shekarau if the need arises.

While speaking at an interview, Kwankwaso said;

Anyone who cannot pay back the good things that were done to him for many years, because he himself (Ganduje) has mentioned it that we did this and that to him. And a lot of people have heard that.

“But the time he got to power, he couldn’t do one single favour to Kwankwaso and Kwankwasiyya followers. So how do you expect peace to be there? I know it was coming, it’s just a matter of time.”

He also explained that he had been silent in the PDP because of injustice done in electing leaders in the Kaduna chapter of the party.

The former governor said after they conducted the elections, some of the selfish leaders decided to create problems for Kano leadership, which he said, had been resolved.

He, however, insisted that he still remains a member of the PDP.