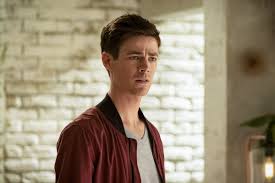 The Flash season 8 poses to return in a golden format, Oyogist gathered.

Flash star Grant Gustin revealed at DC Fan done yesterday that Barry Allen will finally be getting his golden boots with the upcoming eighth season of the superhero series.

The series is slated to begin next month on The CW (in the US) and Amazon Prime Video (in India).

They will be going up against a bunch of villains, headlined by the alien conqueror Despero (Tony Curran) who’s got both physical and mental strength to stand toe-to-toe with the DC heroes.

The Flash is currently DC’s biggest and most important show at this point, as Arrow finished with its last eighth and final season last year.