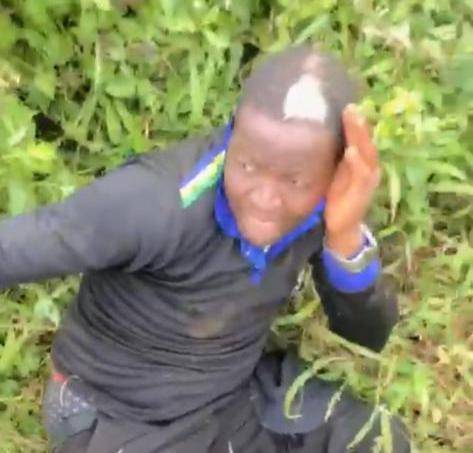 Oyogist has learned that a 26 yr old fashion designer, Akorede Imole, was shot Earlier today by a policeman attached to the Ogun State Police Command.

While confirming the incident, Akorede said he was instructed to stop for a brief search in the Odogbolu area of the state.

Narrating how the incident happened, he said, “I was on my way coming from ijebu Ode to ijebu Igbo. Those police officers stopped us and told everyone to get down including the driver.

“He just told us to enter one guy’s private car. I don’t know what the guy did to them because we met him there. They already arrested him before they stopped us. And I told the officer no, we could not enter the guy’s car unless the police car. Before I knew what was happening, he shot me.

“I was rushed to the hospital; the officer almost ran away but was caught by residents who witnessed the incident.“Currently, some police officers are on their way to the hospital to check on me. The Divisional Police Officer has been begging my father as well that we should settle everything amicably.

COVID-19: US To Reopen Borders To Fully Vaccinated Travellers On November 8