Copyright 2021 - All Right Reserved
Home Celebrities Take an autism test if you are between the ages of 15-33- Reality Star, Uti Nwachukwu Speaks
Celebrities 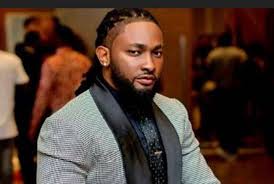 Nigerian reality TV star, Uti Nwachukwu, has advised youths between the ages of 15-33 to undergo an autism test, Oyogist.com reports.

The actor and model on a post via his Twitter page on Wednesday stated that the test is to determine how your brain works.

In a series of tweets, Uti reveals that he made some of his younger friends take the test a while back and most of them came back with Autism tendencies.

He said, “I’m no specialist but I really think you should take an autism test if you are between the ages of 15-33.“I see a pattern here – challenges with social skills/emotional intelligence, repetitive behaviours and non verbal communications.

“The test is just to determine how your brain works. It doesn’t mean there’s anything wrong with you.“I got a few of my misunderstood younger friends to take the test and 8 out of 9 of them came back with an autism spectrum or tendencies result.

“Now communication is better and I love them even more. They are so unique!”