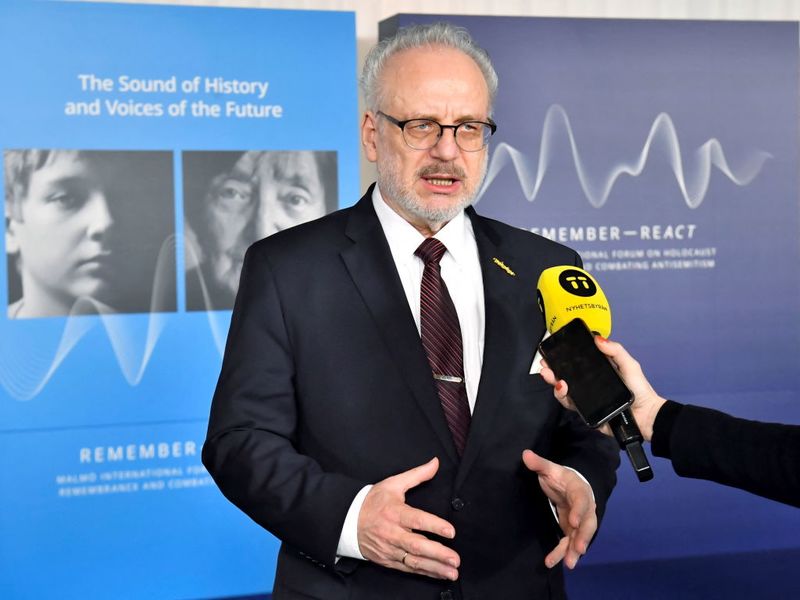 Oyogist.com has learned that Latvian President, Egils Levits has tested positive for the Coronavirus, his office announced on Thursday.

positive result was returned by a rapid test taken by Levits on Wednesday evening after coming back from a working visit to Sweden.

PCR test will now be carried out, said his spokesperson. had postponed his scheduled meeting with Estonia’s new president Alar Karis on Thursday, who is in Riga for his inaugural visit to the neighbouring Baltic state.

is instead expected to meet with the Speaker of the Latvian Parliament Inara Murniece.

In February, the 66-year-old Levits was one of the first people in Latvia to be vaccinated against the Coronavirus, receiving his jab on camera to encourage his 1.9 million compatriots to do the same.

In spite of his efforts, however, Latvia’s vaccination campaign is proceeding very slowly and the infection rate has risen significantly in recent weeks.

The situation forced the government to declare a state of emergency on Monday that will remain in effect until January 11.

Red meat is the number one killer of men, God Did Not Create Red Meat to be Eaten – Reno Omokri Warns Nigerians