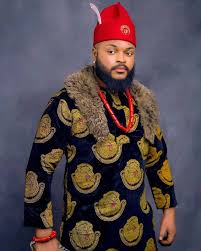 He was announced as the winner on Sunday night, closely followed by Afije Roseline Omokhoa a.k.a Liquor Rose.

A clear fan-favorite from day 1 due to his culinary skills and sense of humor, White Money now goes home with a mouth-watering grand prize of ₦90 million.

According to the show’s host, Ebuka Obi-Uchendu, this season garnered over 1 billion votes.

This includes a ₦30 million cash prize, cash in an Abeg digital wallet, bitcoins courtesy of Patricia, a two-bedroom apartment courtesy of RevolutionPlus Property, an SUV from Innoson Motors, a trip for two to Dubai, a weekend getaway to Seychelles, packaged by Travelbeta and many other consolation prizes.

The season tagged: Big Brother Naija: Shine Ya Eye ran for 72 days and has now officially come to an end with a grand finale show that saw scintillating performances from ex-BBN Star, Avala and season 5 Winner; Laycon, Lojay and Ajebo Hustlers.