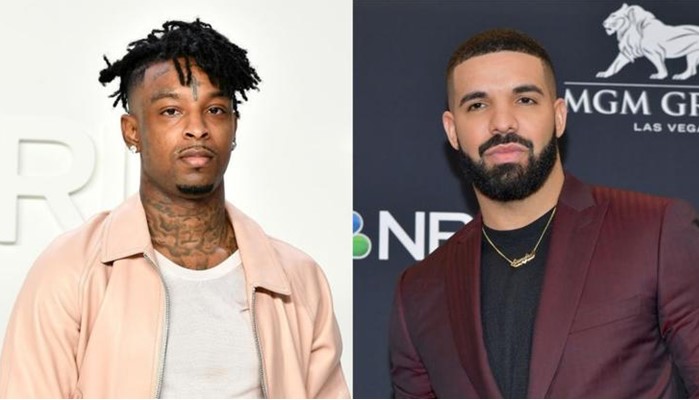 Oyogist has learned that Popular American rapper, 21 Savage has declared that he won’t listen to Drake if he wasn’t a rapper.

21 Savage said in an interview with DJ Akademiks that fans don’t care about statistics, and to many people in Atlanta, Future is a bigger artiste than Drake.

He said; “N*ggas don’t be listening to Drake like that.

“If I wasn’t a rapper, I don’t feel like I still would listen to Drake, for real. It’s just I’m a rapper, so I understand the work he put in, how hard he go.
“Like when you ain’t no rapper, all them statistics don’t mean sh*t. “A regular street n*gga don’t give a fuck about how many times you went number one, like how many white people listen to your sh*t because they don’t even think. The farthest they think is the club.Who’s selling this club out? That’s who they think is the biggest n*gga In Atlanta, it’s a lot of n*ggas who you really can’t t
ell them Future ain’t bigger than Drake. I used to think that.” he Said further.
21 savagedrake
Share
0
FacebookTwitterPinterestLinkedinRedditWhatsappTelegramViberEmail

#BBNaija: Whitemoney reveals why he’s yet to get married