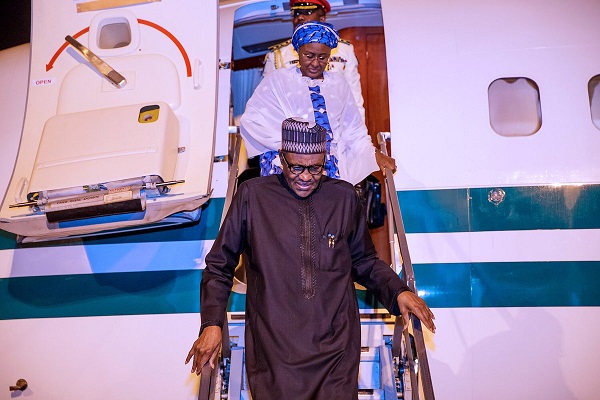 Oyogist has Learned that Nigerian President, Muhammadu Buhari has returned to Abuja after a one week visit to New York, United States of America (USA) for the 76th Session of the United Nations General Assembly (UNGA).

The President, arrived at the Nnamdi Azikiwe International Airport at about 5:20 am on Sunday, and was carried to the Presidential Villa immediately.

While addressing the United Nations General Assembly on Friday, September 24, President Buhari called the attention of the world to a couple of issues affecting the world, especially as it concerns the African continent.