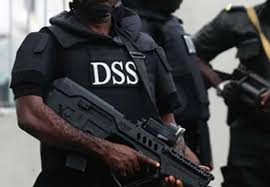 Justice Ladiran Akintola of Oyo State High Court gave the order in a suit filed by Igboho, through his lawyer, Yomi Aliu, SAN over the invasion of his home by the secret police at about 1:30am on July 1, 2021.

Spokesman of DSS, Peter Afunanya who reacted to the judgement revealed that they are yet to be notified about it by the court.

“The court possibly has not informed us. So, my official response is that I don’t have any comments.”