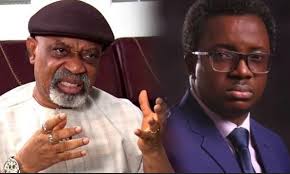 The National Industrial Court sitting in Abuja has adjourned its ruling on the ongoing dispute between the Federal Government and the National Association of Resident Doctors to Friday, Oyogist.com reports.

Justice Bashar A. Alkali made the order on Wednesday after listening to submissions from both parties.

He also sought time to respond to their preliminary objection.

Falana, however, applied that the court should order that parties should return to the negotiation table if they were to align with the request for adjournment.

He argued that it was in line with the order of the court that had directed all parties to suspend all forms of hostility.

BBNaija: “ Sammie told me that Emmanuel has had sex with Liquorose”- Angel reveals