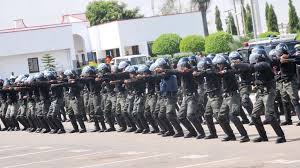 The Inspector-General of Police, Usman Alkali Baba has confirmed that a fresh recruitment exercise into the Force will soon be conducted.

The Police boss gave this report during his visit to Katsina State Governor, Bello Masari.

“We will recruit from every local government in the country.

Speaking on the rate at which insecurity has taken over the country, he Disclosed that while security agencies are fighting to tackle criminals responsible for attacking and destroying police stations and government buildings in the southeast and south-south back in April, the situation in the North Central and North West is getting worse due to the rise in the activities of bandit.

According to him, fresh recruitment will relieve some pressure on the already stretched personnel.

“I came in as IGP at a very difficult time. When I came in, it was in the South East and South-South that there were series of killings including the killing of security personnel and our places of work destroyed.

“While the South-South and South-East are stabilizing, the situation in the North Central and the North West is getting worse,” he added.