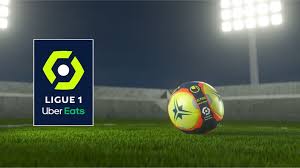 Football governing body, UEFA has just confirmed that Portuguese ‘Primeria liga” has now taken over Ligue 1 as the 5th best league in the world meaning Lionel Messi doesn’t play his football in a top 5 league anymore.

The Top 5 leagues according to UEFA coefficient rankings as of now are:

A possible improvement might come along in the next few months, sources suggest.

BREAKING: Major abducted by bandits in NDA is dead