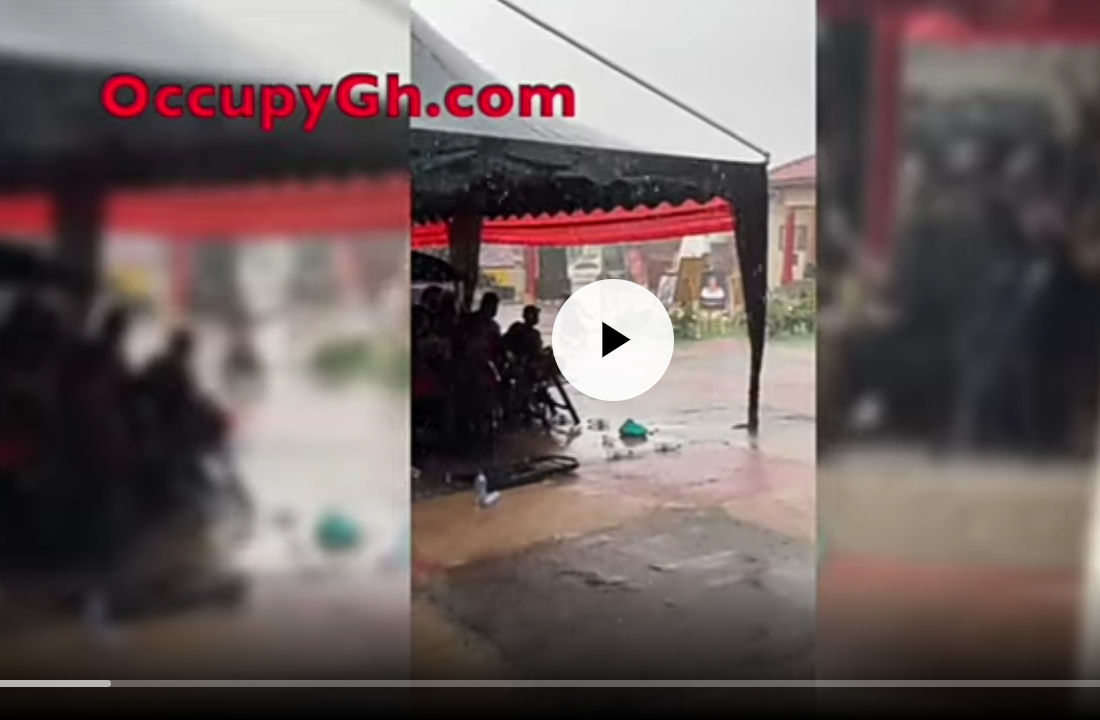 Oyogist has learned that a yet-to-be-identified native doctor became the hero of the day at a funeral, after heavy rainfall attempted to halt and totally destroy the turn out of events.

In the video obtained by Oyogist, the spiritualist can be seen dancing to the rhythm of traditional drums while pleading with the gods to kindly stop the rains so the funeral could continue.

After the chants, dancing and jumping for a little over 10 minutes, the rains stopped and the funeral resume.