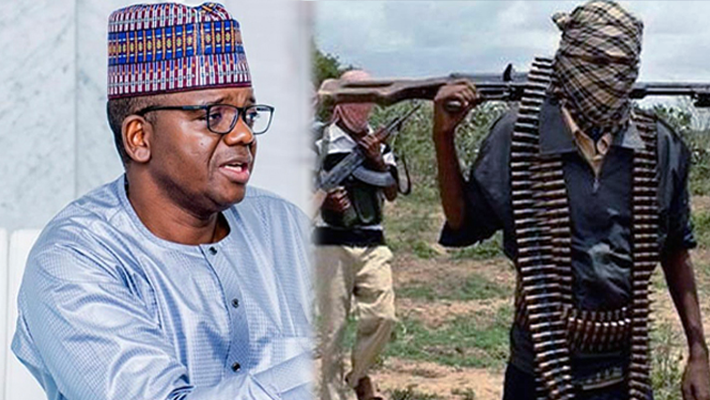 five days after four persons were killed and 15 abducted in Zamfara, armed bandits have yet Again kidnapped another 60 persons at Rimi village in Bakura Local Government Area of the State.

“This morning, we woke up to hear that bandits invaded Rimi village in Bakura LGA, abducting about 60 people, though it is not really confirmed,” Ibrahim Dosara, Zamfara commissioner for information, told newsmen.

“Security agencies and government officials are working hard to ascertain the real number and other casualties involved.

“Bakura LGA, as a whole, is a kind of route for the bandits, leading to Dansadau, Birnin Gwari and other areas of Niger state,” he said.
Zamfara State
Share
0
FacebookTwitterPinterestLinkedinRedditWhatsappTelegramViberEmail