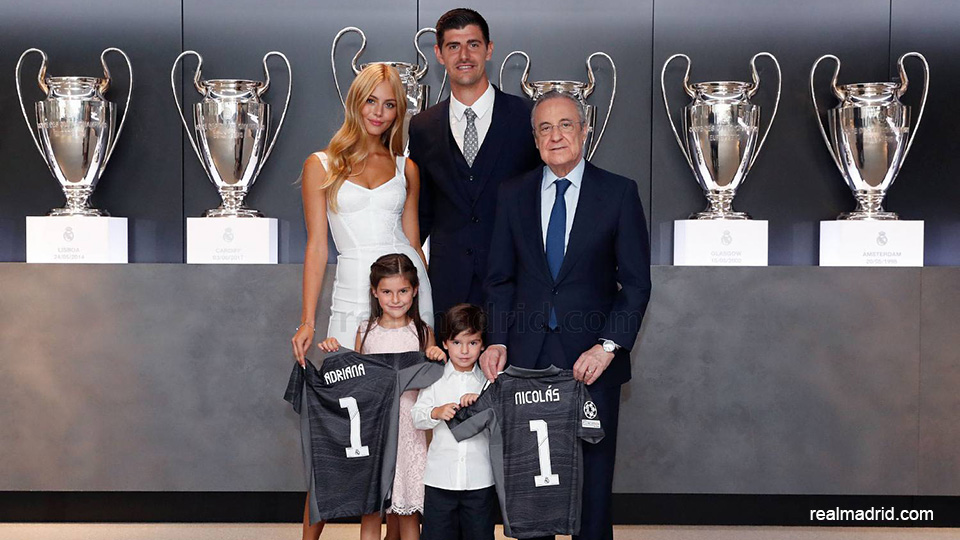 Real Madrid have announced that goalkeeper Thibaut Courtois has extended his contract with the club.

This was in a statement on the club’s website on Monday, which revealed that the 29-year-old will remain with the club till 2026.

“Real Madrid C. F. and Thibaut Courtois have agreed an extension to the player’s contract which will see him remain at the club for the next five seasons, up until 30 June 2026,” the statement read.

In a statement on his website, Courtois described the contract extension as “a true honour” as he revealed what it felt like when he first sign for the club.

He wrote, “The atmosphere in the changing rooms. The sound of fans cheering from the stands. Three years later, I’m happy to announce my contract extension with Real Madrid until 2026.

“My family and friends recently asked me where I’d like to play in the coming years. My answer remains the same today as it was when I was a little boy: Real Madrid. Adding two more years in the best shirt in the world makes that childhood dream even sweeter. I love being a part of Real Madrid. It’s a blessing to extend my family at home with a whole new one on the field.

“Prolonging my relationship with the Real Madrid family until 2026 is a true honour. Real Madrid is my home, and I’m grateful to be so warmly welcomed here. To me, this extension is a reward for my efforts over the past year. It encourages me to work even harder and give my all to the best club in the world. Over the next five years, I will do my best together with our team to acquire new trophies for our Madridistas.

“It’s no secret that winning the Champions League with Real Madrid is at the top of my wish list. But here’s a promise from me to you – I’ll start every match like there’s a trophy at stake. This club and its fans deserve that. Real Madrid already has a well-stocked trophy cabinet. Still, I would be very proud if I could look back and say that my teammates and I added a few more cups to the glorious history of this club. I’m looking forward to a bright future with Real Madrid.”