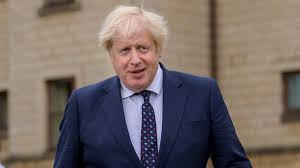 Oyogist has learned that UK prime minister, Boris Johnson will recall parliament this week in order to discuss the situation in Afghanistan, several sources have confirmed.

The prime minister has also hinted on recalling MPs back to Westminster from their summer break for one day, after the Taliban entered the outskirts of Kabul.

According to a no 10 source: “The prime minister is expected to recall parliament this week to discuss the situation in Afghanistan. The timing is to be confirmed with the Speaker.”

“Given the tragedy unfolding before our eyes and the grave threat to national security this raises, I urge you to invite all Westminster party leaders from across the UK to meet with you to discuss our nation’s response to this crisis. It is also right that parliament is recalled as soon as possible to discuss the UK’s response, UK Ambassador to Kabul told Boris Johnson.

“The UK has a responsibility to the people of Afghanistan and to the international community. Now is the time to act – to do the right thing, and bring political parties together in our national interest.”
Afghanistanboris johnsonKabul
Share
0
FacebookTwitterPinterestLinkedinRedditWhatsappTelegramViberEmail