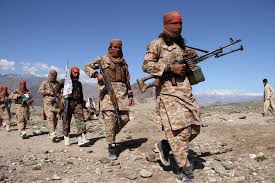 Oyogist has learned that the Taliban spokesperson has assured Afghan government of a peaceful transition of power in the coming days.

The collapse of Afghanistan is “the biggest single policy disaster since Suez”, according to the chairman of the UK Commons foreign affairs committee.

Also, the Taliban have issued a statement saying they have “no plans to take the city by force” and they have no intention of “taking revenge” against those serving in the Afghan government or military.