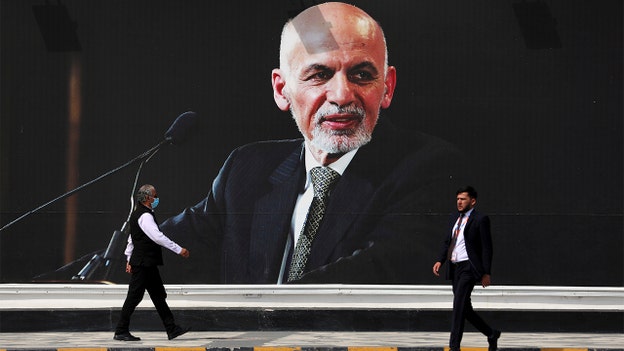 According to report reaching oyogist.com, Afghanistan’s president Ashraf Ghani has reportedly left the country for Tajikistan after Taliban fighters entered Kabul and sought the surrender of the government.

Senior officials confirmed his departure on Sunday as the Taliban made further, swift gains in and around the capital.

Asked for comment, the president’s office said it “cannot say anything about Ashraf Ghani’s movement for security reasons”.

Hamdullah Mohib, the Afghan national security adviser, and a second close associate were with Mr Ghani when he left.

Confirmation came from two sources – an official in the office of Afghanistan’s former president, Hamid Karzai, and another an aide on the Afghan security council – who spoke to the Associated Press news agency.

On Sunday, the insurgents entered the outskirts of Kabul but apparently remained outside of the city centre. Sporadic gunfire was reported though the streets were said to be largely quiet.

The group have said they expect to take power within days. Zabihullah Mujahid, a Taliban spokesman, said they were waiting on the outskirts of Kabul and were in talks with the Western-backed government for a peaceful surrender.