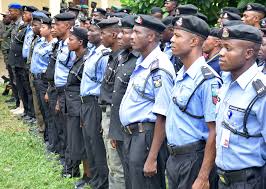 Nigerians so far has expressed Dissatisfaction regarding the approval of N4 Billion by the federal government for fueling of police operational vehicles across 36 states of the country and the Federal Capital Territory.

According to the minister of Police Affairs, Muhammad Maigari Dingyadi who made the announcement while speaking at the National Institute of Police Studies in Abuja, said this is first time such approval will be made in the Nigerian Police Force history.

Dingyadi said; “The Ministry is deeply grateful to Mr. President and the National Assembly for approving funds for the supply of fuel to the 36 states Police Commands across the country and FCT to increase their efficiency. Over N4billion has been earmarked for this purpose.”

”I have been told that this is the will of God but I’m still struggling with it”- Singer, Sound Sultan’s wife, Farida,pens down touching tribute to her late husband