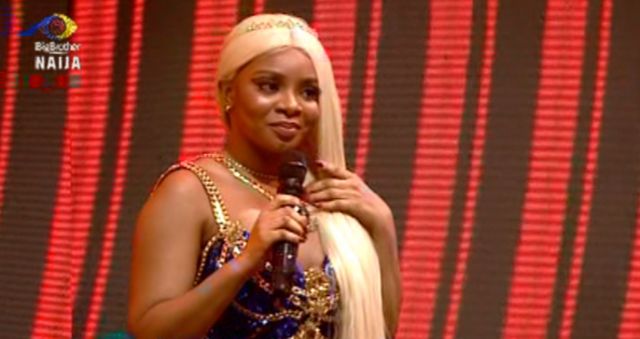 Oyogist.com has learned that New ‘Shine Ya Eye’ BBNaija housemate, Queen has revealed she finds the current head of house, Pere attractive.

Queen said this on Tuesday during a conversation with Yousef in the house.

According to her, Pere has ‘King vibes’ which is her spec for a man but she cannot be in a relationship with him because he’s not light-skinned in complexion.

Queen said: “I find Pere attractive because he has this king vibe, even the way he walks. If Pere was light-skinned I would grab him and I wouldn’t even let him go.

“Pere is my spec physically. I just wish he was light-skinned. Also, he’s with Maria and I don’t see myself scattering any ship.”

Pere who was across the table and heard her said he’s not in any ‘Ship’ with Maria yet as she’s yet to reciprocate his feelings.

“I told Maria I have feelings for her, but she was using me to cruise. She hasn’t accepted my proposal yet. We are just cool,” Pere said.

BBNaija: “Angel is a cool girl but I see her as a distraction”- Emmanuel