Copyright 2021 - All Right Reserved
Home People JUST IN; Ex. South Africa President, Jacob Zuma to be allowed out of Prison for Trial
People

JUST IN; Ex. South Africa President, Jacob Zuma to be allowed out of Prison for Trial 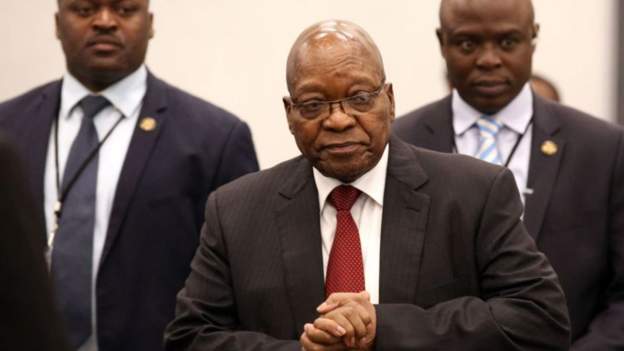 Oyogist has learned that South Africa’s former President Jacob Zuma would be granted access out of prison on Tuesday next week to appear in person at a corruption trial.

The court’s decision comes weeks after heavy days of rioting and protest that was sparked by Zuma’s arrest.

Meanwhile, heavy security presence is highly expected as Zuma’s supporters would gather in mass at the corruption trial in Pietermaritzburg, Oyogist reports.

This will be the second time Zuma will appear in public since he was taken into custody last month.

He was allowed out of prison last week to attend his brother’s funeral.

Prosecutors had argued in favour of a virtual trial – citing the pandemic, and security concerns.

But a judge has backed Zuma’s request to leave his prison cell and appear in person in Pietermaritzburg.