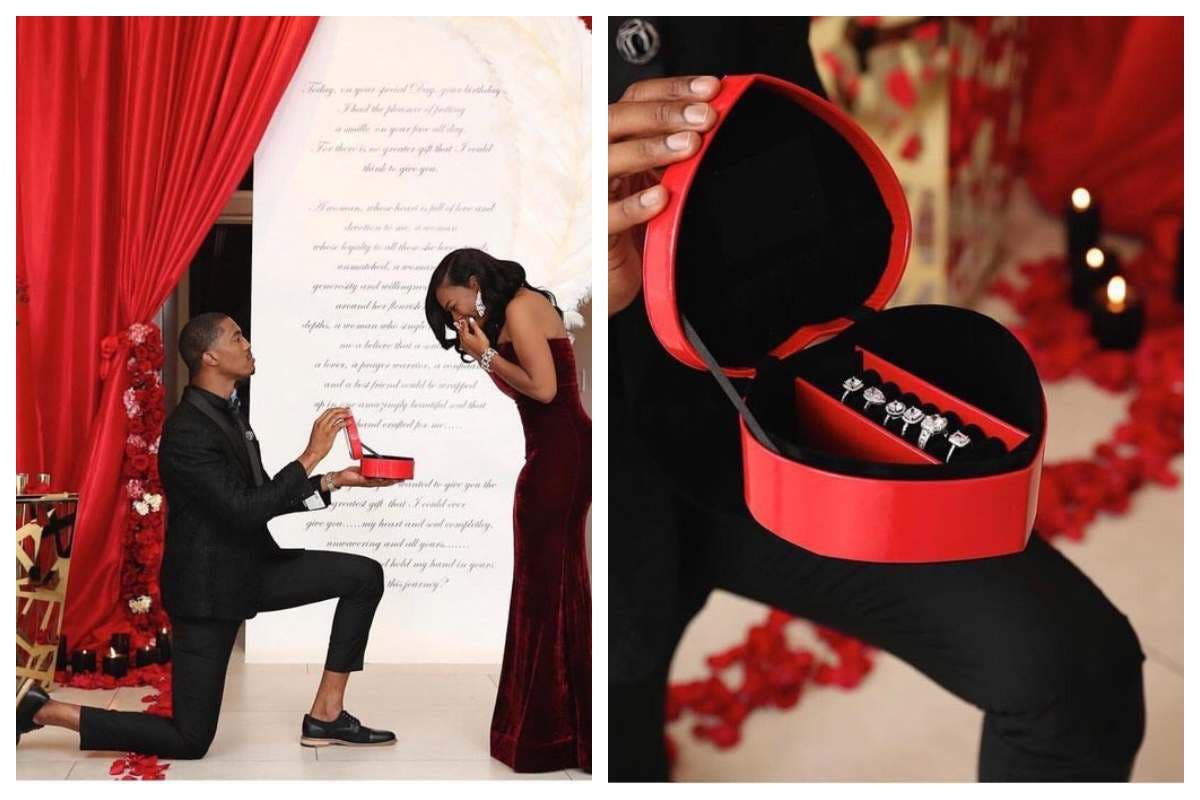 Oyogist has learned a man has proposed to his girlfriend in a very romantic way.

In photos that were shared from the proposal, the man could be seen going on his knees and presenting his lover with a box containing six diamond rings of different sizes.

He also displayed a giant-size card with words of affirmation.

The lady was overtly excited as could be seen in the images.

She is the strongest woman I know, Comedian Bovi recounts ugly experiences of his grandmother as he celebrates her at 81 (Photo)

(VIDEO) Bride Reportedly Refuses To Kiss Her Husband At their Wedding in Enugu, See...